The Kursaal Congress Centre and Auditorium is a complex comprising several spaces: a great auditorium, many-use halls and exhibition halls. It was designed by Spanish architect Rafael Moneo, and is located in Donostia-San Sebastián (Basque Country, Spain). It opened in 1999.

It consists of several spaces, including the 1,800-seat concert hall, the Palacio de Congresos-Auditorio Kursaal, and is the home of the biggest film festival in Spain, the San Sebastian International Film Festival, in existence since 1953.

The historic Kursaal casino, next to the river's mouth

The Great Kursaal was an elegant palace built in 1921, incorporating a casino, a restaurant, a cinema theater, complementary rooms and an 859-seat theater, placed in front of the Gros beach, and next to the mouth of the Urumea river, but it was pulled down in 1973. An empty plot (later called K Plot) was freed. The absence of any architectonic structure in such a privileged site for so many years was remarkable.

At the time the old palace was pulled down, a competition was held to find a replacement. However, the winning project was never constructed due to its complexity.

A new project proposal was submitted in 1972. After a few changes to the design, building work was started in 1975, but after the perimeter wall was complete and the foundations in place, works was halted. The plot of land then passed from private hands (as the Great Kursaal had been private) to public hands, so a public consortium was created for the purposes of constructing a new building.

Once the 1972 project discarded, and facing the possibility of building a great auditorium in the K Plot, six architects were consulted in 1989: Mario Botta, Norman Foster, Arata Isozaki, Rafael Moneo, Juan Navarro Baldeweg and Luis Peña Ganchegui. Of the six projects, the one of Moneo was chosen (the motto of which was 'Two beached rocks').

Beginning and ending of the works[edit]

After the project was written down between 1991 and 1994, the works were begun in 1996, and were not finished until 1999. During this period some funding problems arose, mainly because of the refusal of the Basque Government (who paid for a 16% of the total cost) to increase the funds. After these problems were solved, the works were concluded in 1999. The Kursaal Congress Centre was designed by Rafael Moneo and awarded the European Union Prize for Contemporary Architecture in 2001.

The initial impact of the buildings in the Donostia landscape (characterized by its French style architecture) was deemed negative by Donostians: the curved sandstone buildings clashed with a sharp-edged crystal structure. The significance of the building (opened August 23, 1999, with a concert of the Euskadi Simphonic Orchestra and Ainhoa Arteta) was also eclipsed by the parallel construction of the Guggenheim museum in Bilbao, which was twice as expensive as the Kursaal. However, after an adaptation period, and thanks to the positive impact it had in the economy, tourism and cultural life of Donostia, most citizens today appreciate the Kursaal building, and support it.

It is mainly constituted as two large prismatic volumes, that emerge from a platform. Each 'cube' (as they are known), is formed by an inner prismatic structure, surrounded by double translucent glass panels, which are supported by a metallic structure. Between the cubes there is a big walkable surface, with sights to the Zurriola Beach and the mouth of the Urumea river. Various concerts of the Donostia Jazz Festival ('Jazzaldia'), and many other events, take place in that terrace.

Placed inside the biggest cube (and closest to the sea), this auditorium can hold an audience of 1,806, and is the most frequently used one for big events. The first seat rows can be removed to make room for the orchestra in an opera.

This seats 600 people, and is placed in the small cube. It is used for congresses or smaller concerts. 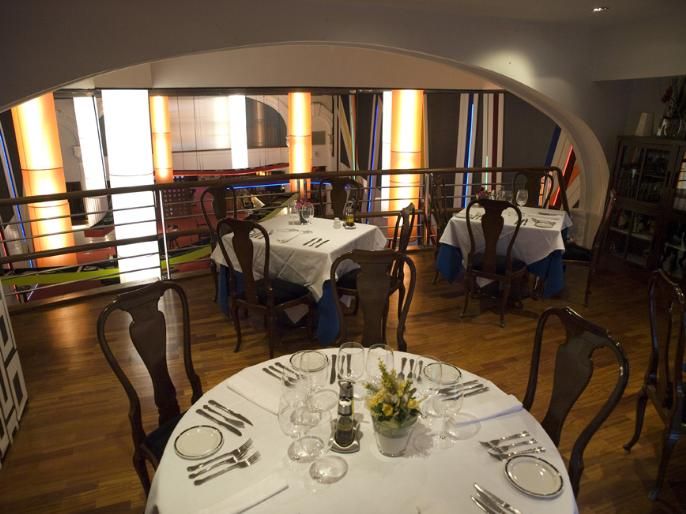 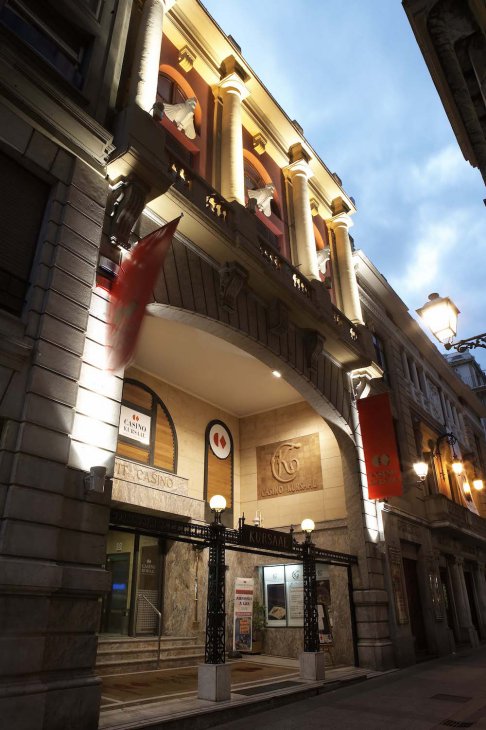 These are used for a variety of events for more limited audiences.

The halls are used for housing galleries and other exhibitions.

It is an exhibition hall under the supervision of the Kutxa savings bank.

Moreover, the building has a restaurant owned by Martín Berasategui, various shops in its basement, and a car park.