Dragsholm Castle is one of the oldest secular buildings in Denmark. The original castle was built around 1215 by the Bishop of Roskilde. During the Middle Ages, the building was modified from the original palace to a fortified castle. During the Count's Feud (1534–36) it was so strong that it was the only castle on Zealand to withstand the armies of Count Christoffer.

In connection with the Reformation, Dragsholm was passed on to the Crown. As Crownland during the period from 1536 to 1664, Dragsholm Castle was used as a prison for noble and ecclesiastical prisoners. In the large tower at the northeast corner of the medieval castle, prison cells were made and equipped with toilets and windows depending on the prisoner’s crimes, behaviour and the seriousness of his insults towards the King.

During the wars against Charles X Gustav of Sweden, an attempt was made to blow up Dragsholm Castle, and the place was a ruin until the King as part payment of his outstanding debts gave the castle to the grocer Heinrich Müller, and he started the restoration.

In 1694, Dragsholm Castle was sold to the nobleman Frederik Christian Adeler and finally rebuilt as the baroque castle we see today. Several owners from that family have made a lasting imprint on the development, including G. F. O. Zytphen Adeler, who took the initiative to drain the Lammefjord. The family line became extinct in 1932, and Dragsholm Castle passed over to the Central Land Board which sold the place to J.F. Bøttger, but only with the land belonging to the main estate.

Today, the baroque style of the castle still remains intact, but the interior of the Castle has been subject to restorations and modernisations over the years. The most recent major restoration took place after the first world war, where the Baron aimed for a Late Romantic Style, which still prevails in the salons and ballrooms.

In recent years, the Bøttger family has managed the running of the castle after a number of minor restorations, which in addition to general conservation of the building has had the purpose of raising the level of quality of the castle as a hotel, restaurant and attraction. The hotel rooms at the castle have been refurbished and modernised, and more rooms have been added in the porter’s lodge on the other side of the moat.

This gastronomic family-run retreat on Zealand’s Odsherred peninsula is a welcoming country house hotel with a charming staff. The 34 lodgings are divided among the main U-shaped 13th-century hilltop castle, one of the oldest buildings in Denmark, and an annex (which should be avoided). Most of the attractively furnished rooms feature private terraces with garden views, four-poster Hästens beds and baths stocked with Munkholm toiletries. Dining options include a Michelin-starred restaurant run by chef Claus Henriksen for “nature conscious,” seasonally inspired dishes, plus a cheerful bistro with modern furniture, lovely views and a simple menu. Other public areas include a beautiful chapel, a library and numerous reading lounges. Wine-tasting sessions, wild-mushroom foraging tours and flower-arranging, painting and yoga classes are available. Clay pigeon shooting can also be arranged. Tee times at the nearby Dragsholm Golf Club must be reserved in advance.

Read the full review from our editors. 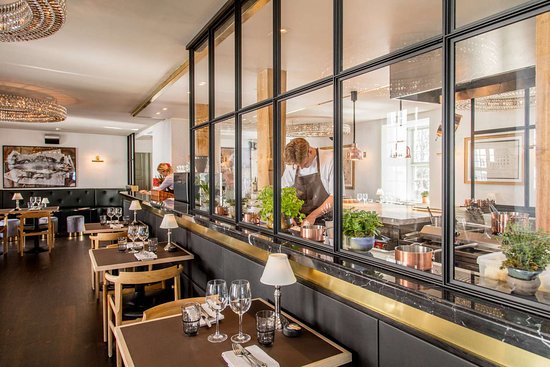 One-hour guided tours of the hotel, its original fortifications and its former cells reserved for noble or ecclesiastical prisoners in the late 1500s and early 1600s are offered two times a week.