NJ gambling sites combined to bring in $93.5 million for the month of October, setting a new record. Prior to this, total online revenue for the state had hovered between $85million and $88 million since May. Sports betting was also on the rise, up nearly 30% with mobile and retail channels combined.

Retail casino gaming moved in the opposite direction, and the two phenomena may be related. As cases of COVID-19 in the Garden State continue to soar, players who enjoy both live and online gambling may be leaning more towards the latter.

Total combined gaming revenue for the state was $338 million, a month-on-month increase ofnearly 5%.

Data comes from the latest report published by the NJ Division of Gaming Enforcement.

Falling revenue for New Jersey onlinepoker has been the trend for three months now, ever since the all-time high set in July due to the WSOP Online Bracelet Series. Each month the drop has slowed down, however.

Online casinos did very well, on the other hand, some more so than others.

Most significantly, Golden Nugget broke its downward streak, increasing revenue 8.2%. It’s still well behind where it was over the summer, but it no longer on course to lose its lead in market share.

Its closest competitors Resorts and Borgata continued the chase, however. Their casino verticals picked up 8.0% and 9.5% respectively. Without Golden Nugget continuing to fall, they have much more work to do to catch it, but the race for the top spot remains a story to watch.

Tropicana had the best month of any license holder, up 20.8%. As a result, it has overtaken Hard Rock, which had one of the worst performances, dropping 12.1%.

The picture in the state in increasingly becoming one in which licensees have split into two tiers. Golden Nugget, Resorts and Borgata all made over $20 million in October, while Tropicana, Hard Rock and Caesars all made less than $10 million. Ocean, with less than $1 million, isn’t even in the picture, but Bally’s should arrive soon to shake things up now that it has completed its deal with Twin River. 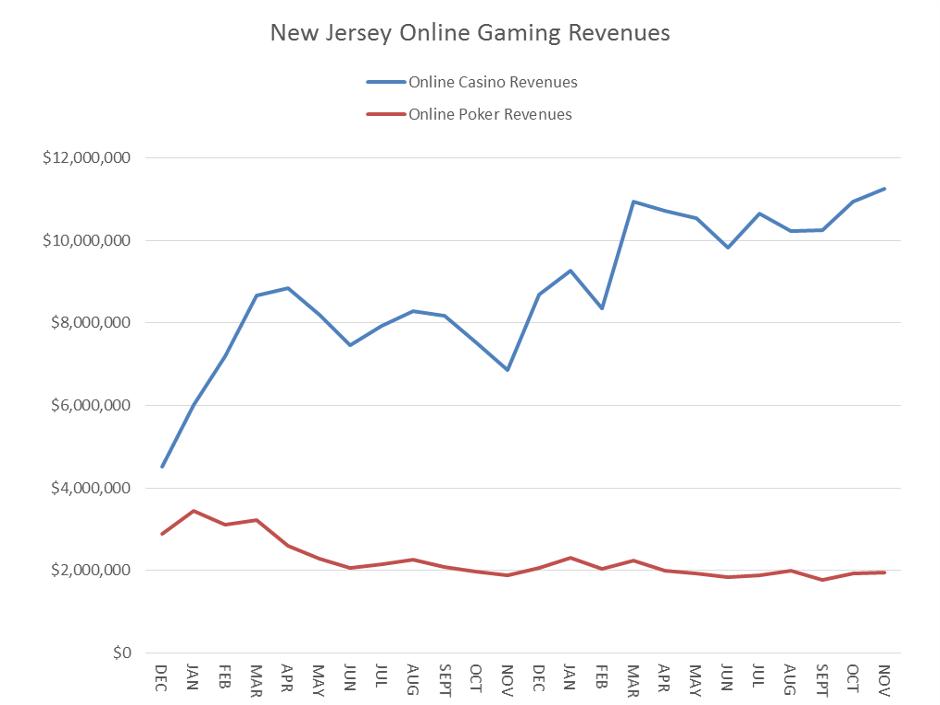 One interesting fact about October’s numbers is that the growth rate for average daily online revenue is identical to September’s. September’s monthly total actually fell very slightly relative to August’s due to the shorter month, but correcting for the number of days, the growth trend has held steady at 3.2%.

Online casinos slowed down a little, at 3.4% growth versus 3.8% in September. However, this was exactly counteracted by the slower decline in onlinepoker.

What’s most impressive about these numbers is the year-over-year change. Online casinos are still bringing in more than twice what they did last year, despite retail gambling having resumed four months ago. Onlinepoker, despite its months of decline, is still up more than 50%.

Some of that growth is organic, though New Jersey isn’t a new market, and well past its honeymoon period. Its annual growth figures for online gambling were 62% in 2019 and between 20% and 35% for several years before that. Thus, probably at least half of this year’s growth comes from COVID-19 and the casino shutdown, and the fact that this increase has been sustained is remarkable. 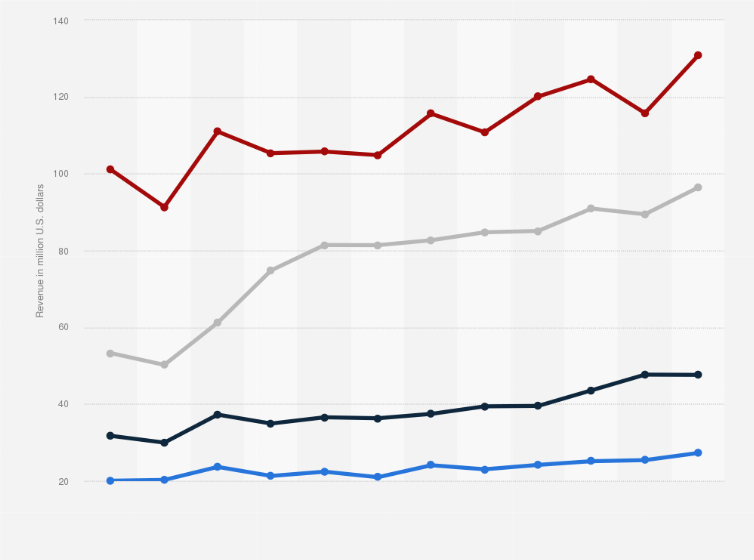 As expected, October was yet another big month for NJ online sports betting. Total handle exceeded $800 million for the first time, and hold rose as well, producing record revenue.

Combined revenue from both retail and mobile channels totaled $58,508,647. Retail sportsbooks barely contributed to this however, as in-person betting fell to an even greater degree than in-person casino gambling. In September, online bets accounted for 88% of total revenue. In October, that share soared to over 94%.

The dominance of Meadowlands Racetrack took a big hit, particularly on the retail front. While it retains more than half the market, that’s only barely the case, while last month it had nearly a two-thirds share. Its share of online betting dropped from 63% to 53%. Its retail sportsbook by FanDuel, on the other hand, went from 58% to under 14%, as Atlantic City casinos like Borgata and Harrah’s got a boost.

Resorts, which is home to Fox Betand DraftKings, was the big winner for the month, more than doubling its share of the mobile market from 12% to almost 27%.

For more details about the resurgence of NJ sports betting, get the full story at Legal Sports Report.