Rep. Alexandria Ocasio-Cortez (D-NY) appeared to take issue with remarks made by Sen. Joe Manchin (D-WV), who observed that the New York lawmaker is “more active on Twitter than anything else.”

“I find it amusing when politicians try to diminish the seriousness of our policy work, movement organizing & grassroots fundraising to ‘she just tweets,’ as though ‘serious’ politics is only done by begging corporate CEOs for money through wax-sealed envelopes delivered by raven,” Ocasio-Cortez said in seeming response to Manchin, who is considered by many to be a more moderate member of the Democrat caucus:

Alexandria Ocasio-Cortez told the New York Times in an interview that she might quit politics, depending on the hostility of her own party towards progressive causes. 'I don't even know if I. Rafael Mateo, the proprietor of Pata Negra, a Spanish wine bar in the East Village, formulated this sangria that is winelike and very refreshing, with a keen balance of tart and fruity flavors Unlike many recipes, which specify Rioja made from the tempranillo grape, Mr Mateo prefers using garnacha from Campo de Borja in central Spain, which he said has backbone without being overly tannic.

I find it amusing when politicians try to diminish the seriousness of our policy work, movement organizing & grassroots fundraising to “she just tweets,” as though “serious” politics is only done by begging corporate CEOs for money through wax-sealed envelopes delivered by raven

Manchin, whom the New York Times described as the “most conservative Senate Democrat,” made the remarks in a Times interview published Monday.

“I guess she put the dagger stare on me,” Manchin said in response to Ocasio-Cortez staring him down as he clapped during President Trump’s State of the Union address.

“I don’t know the young lady — I really don’t. I never met her. I’m understanding she’s not that active with her bills or in committee. She’s more active on Twitter than anything else,” he added.

It would not be the first time Ocasio-Cortez has clashed with the moderate Democrat senator. Last month, Ocasio-Cortez posted an image of herself staring down Manchin as her response to his refusal to embrace a socialist agenda that seeks to defund the police.

“Defund the police? Defund, my butt. I’m a proud West Virginia Democrat. We are the party of working men and women. We want to protect Americans’ jobs & healthcare. We do not have some crazy socialist agenda, and we do not believe in defunding the police,” Manchin declared, drawing ire from the New York lawmaker:

Similarly, Ocasio-Cortez’s fellow “Squad” member, Rep. Ilhan Omar (D-MN), recently took aim at former President Barack Obama after he suggested that “snappy” slogans like “defund the police” do not sell to the masses:

We lose people in the hands of police. It’s not a slogan but a policy demand. And centering the demand for equitable investments and budgets for communities across the country gets us progress and safety. https://t.co/Vu6inw4ms7 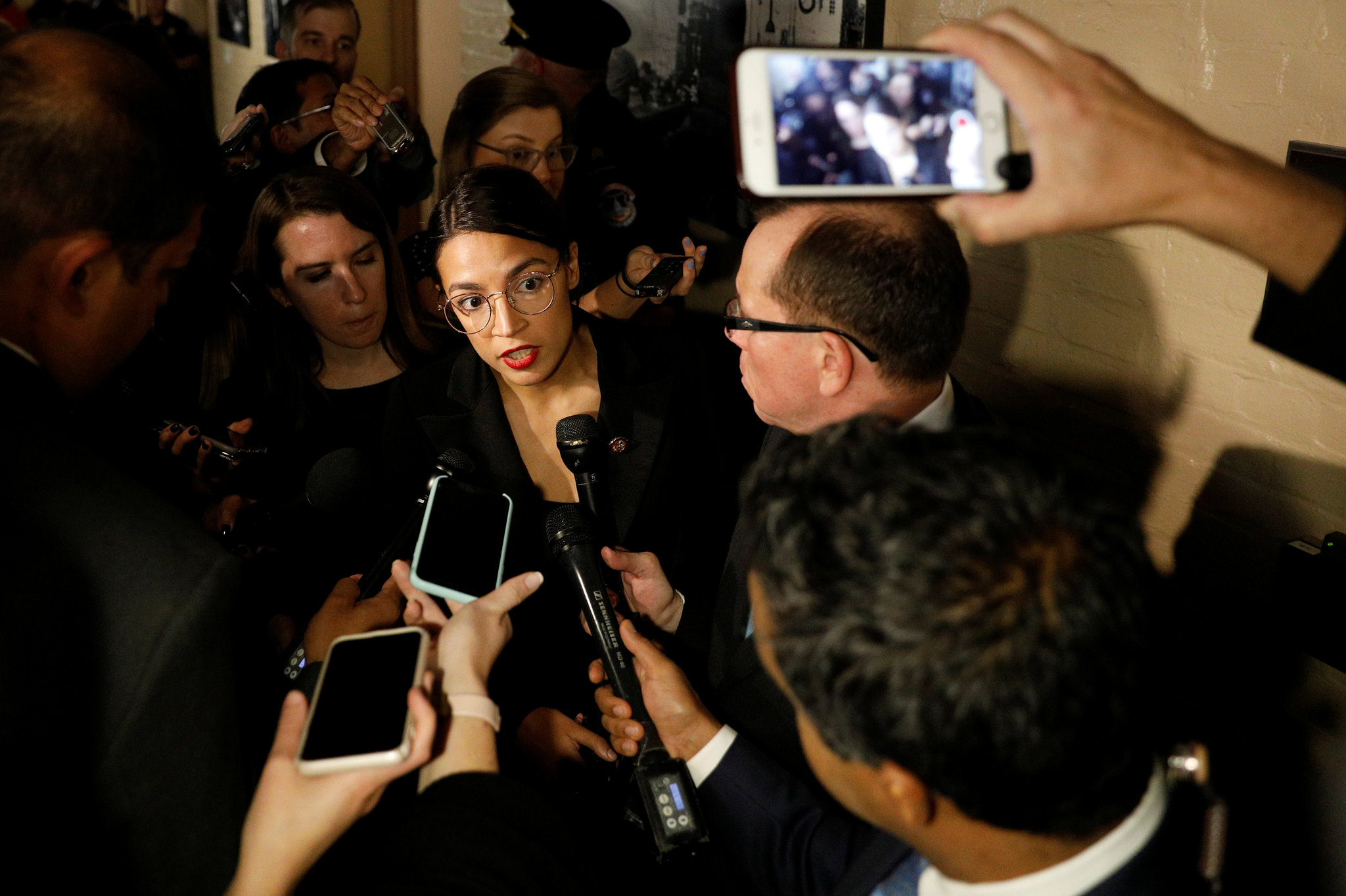 Ocasio-Cortez also addressed what she described as “critics of activists.”

“The thing that critics of activists don’t get is that they tried playing the ‘polite language’ policy game and all it did was make them easier to ignore,” she said.

“It wasn’t until they made folks uncomfortable that there was traction to do ANYTHING even if it wasn’t their full demands,” she added:

What if activists aren’t PR firms for politicians & their demands are bc police budgets are exploding, community resources are shrinking to bankroll it, & ppl brought this up for ages but it wasn’t until they said “defund” that comfortable people started paying attn to brutality

The whole point of protesting is to make ppl uncomfortable.

To folks who complain protest demands make others uncomfortable… that’s the point.