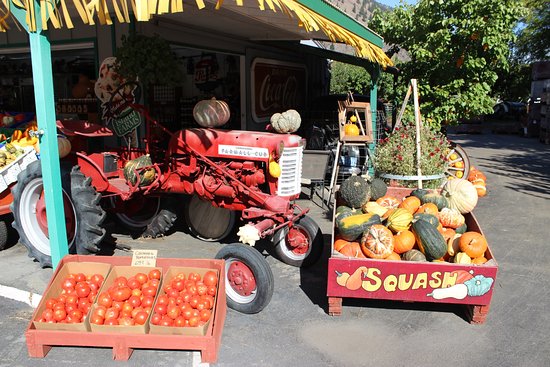 Parsons was also a pioneer in setting up one of the first fruit stands along the Similkameen, a region now known as the ‘fruit stand capital of Canada’. Today, Quentin Parsons is the fourth generation to operate the farm, having taken over from his Aunt Marilyn and Uncle Maurice in 2008. Keremeos, BC, is one of the great breadbaskets in our province, and if you're traveling the beautiful Highway 3 (also known as the Crow's Nest route) you MUST stop at Parson's Fruit Stand.

Most of us take so much pride in growing our fruit trees and vines that the thought of cutting on it thoroughly horrifies us. Of course, if we truly 'love' our plants we will take the appropriate action to ensure that they will be capable of peak production performance when the time comes. This 'appropriate action' to which I refer is pruning. Homeowners must be brave! Pruning a 'loved' tree or vine is sort of like spanking your naughty child; you know it's going to be best for all parties concerned.

December - February is the proper time to prune. We need to wait until winter is almost over (we hope) and spring is fast approaching. Since our average first frost-free day is around March 15, this month can be thought of as our early spring month. Homeowners should not prune when wood is frozen since freezing causes brittle wood. The main reason for not pruning in the fall or winter months is that the possibility exists of selecting poorly matured wood for main branches. This poorly-matured wood may then die in the winter causing a reduced yield in the next growing season. After winter exposure this dead wood can be easily recognized as dark, brittle and sapless and can be removed. Late spring pruning may cause sap bleeding or weeping, but it is best to prune late than not to prune at all.

Why prune at all? There are several very important reasons why we should prune. First of all, pruning promotes large, well- flavored fruit. Remember, plants are like people - - they have certain limitations. It is impossible for a plant to produce the quality of fruit which we desire when it is allowed to mature the quantity of fruit which it is capable of maturing. By proper pruning techniques, we can remove some of the fruit buds which would mature fruit. By having to mature fewer fruit the tree can concentrate all available nutrients into those few fruit and consequently produce the large, juicy product which we desire. Another valuable advantage of pruning is to establish a proper framework. A strong framework can support more fruit which should be evenly distributed throughout. This will prevent tree breakage when fruit begins to grow and mature. One of the most often overlooked, and possibly the most important, aspects of proper pruning is the fact that pruning serves to modify growth conditions. This simply refers to a previous statement that plants, like people, are capable of only so much production. The production of a plant during the growing season largely depends upon the vigor of the plant during the preceding year. If a tree or vine is allowed to overproduce, which will be caused by pruning neglect, a smaller amount of shoot growth and metabolite storage will occur. It will be weakened, and normal production will be decreased in the following year. 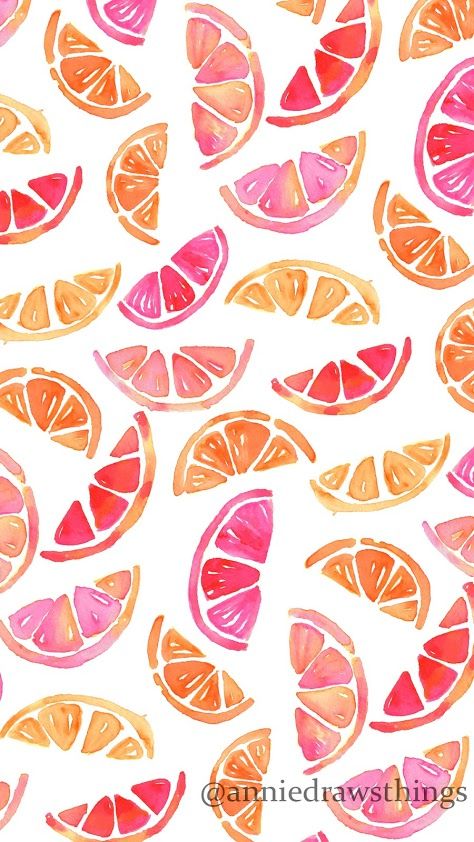 I have not told you exactly how to prune the different fruit and nut trees. That is because each tree is an individual and requires a different approach. Each pruner is different and wants a certain product or shape in his tree. There are books and publications which give specifics, and I would encourage you to get these if you have some plants to prune. Following are general pruning descriptions of the most common fruit.

The popular form for apple trees today is the central leader type. Its chief characteristic is the central trunk with scaffold branches growing from it. The trunk should be definitely larger than the branches, and the branches should be well separated up the trunk. The lowest branch should be 2 to 3 feet from the ground, but this is a matter of personal choice.

The 1st year of training usually produces a tree with one branch - occasionally two - and a leader. Cut back very long leaders to about 20 inches. New lateral branches will grow from the leader next year. From these you can choose another scaffold branch or two. As the tree grows older and higher, cut the top off at about 10 feet. Make such a cut at the junction of a lateral branch. This form is then known as the modified leader.

If a grape vine is to be trellised, the first trellis wire is 3 feet high, and a second is 2 feet higher. The grape pruning system consists of completely removing all canes which had fruit last year. These canes can be recognized by the presence of rough bark in some instances.

One-year-old canes which are selected for fruiting should be stocky (no larger than the size of a large pencil) and should have plump, vigorous buds. These four canes should arise as near the trunk of the vine as possible and immediately beneath the trellis wire on which it will grow. Renewal spurs should be provided near the base of each cane. The selected canes should each contain 8-10 buds.

Remove all surplus wood, including the suckers, leaving four one-year-old fruiting canes and renewal spurs of two buds at the base of each. Canes growing from the renewal spur will produce the fruiting canes from which you will select 8 to 10 bud arms (canes) for next year's production. By using this technique, fruiting canes are kept near the trunk of the vines. Remember that because of the grape vine's characteristic of vigorous growth severe pruning is necessary. Approximately 90 percent of the entire vine must be removed yearly.

If all primary scaffold emerge from the trunk near the same location, a danger exists of splitting the trunk and ruining the tree when a heavy crop of fruit is produced. Proper spacing of scaffolds, selection of wide angle branch crotches, and removal of conflicting and upright branches develop a strong framework to support heavy loads of fruit.

Once this main system of primary, secondary, and tertiary branches has been developed, subsequent pruning will consist of cutting back tall shoots, keeping the center of the tree open, and removing all suckers, watersprouts, dead or diseased branches, and rubbing or shading branches. The tree should not be allowed to grow higher than 8 feet.

1. Q. My fruit trees have lost all of their leaves. Can I prune now? When should I prune my ornamental shrubs?

A. You can prune whenever your pruning equipment is operable, but the best time to prune all trees is late January or early February. Let's wait and see what damage Mother Nature inflicts during the rest of the winter.

Some of the right reasons for pruning ornamentals include removing dead or winter-killed growth or balancing the top with the root system when setting out new plants. Exposing the structural form of plants such as crape myrtles can be done by removing small, twiggy limbs that cross one another or overly dense growth. Diseased or insect-injured wood, as well as storm or accident-damaged limbs, should be removed as soon as possible.

Shrubs can be rejuvenated by removing the older branches at the base. Pruning can also help develop a desired shape or size as well as aid in producing better flowers and fruit.

Severe pruning should be avoided if possible. It is better to prune lightly and more often to prevent sun scald to the sensitive inner branches. Never leave stubs that invite the entry of insects and disease.

Plants which bloom in early spring with the appearance of new leaves should be pruned after they flower. Those that bloom later in the spring or summer should be pruned during the dormant season in January or February.

2. Q. I have some large limbs on a tree in my yard which need to be removed. I have a chainsaw and will do the job myself but it seems that I remember that there is a special cutting technique which should be used for large limbs to avoid damaging the main tree. Please outline the procedure which I believe involves making several cuts per limb rather than just one straight through the limb to be removed.

A. As the old saying goes: There IS a right way to do things. Tree limb removal is no different. When shortening a branch or twig, the proper procedure involves cutting it back to a side branch or make this cut one-fourth inch above a dormant bud. Dormant buds are at the bases of all leaves. When removing large branches, three or four cuts are necessary to avoid tearing the bark. Make the first cut on the underside of the branch about 18 inches from the trunk. Undercut one-third to one-half way through the branch, but stop before the saw binds. The second cut should be made an inch further out on the branch; cut until the branch breaks free. If the stub is small enough, hold it with one hand and use the other hand to cut the branch stub. The cut should be made just beyond the branch collar swelling. This collar contains chemicals that inhibit the invasion of decay organisms. If the branch is too large to be held in one hand, undercut it with the third cut, and cut it through with the fourth cut from the top down.

Kruse Village - 4883 Meadows Road, Lake Oswego, OR 97035 **we are located in the middle of the parking lot in an open air structure!

Closed for the season

Closed for the Season

**Produce is fresh picked daily, so sometimes we run a little later than 10:30am. If we are not there, please wait and we will be there as soon as we can!

Markets we are participating in Summer 2021- 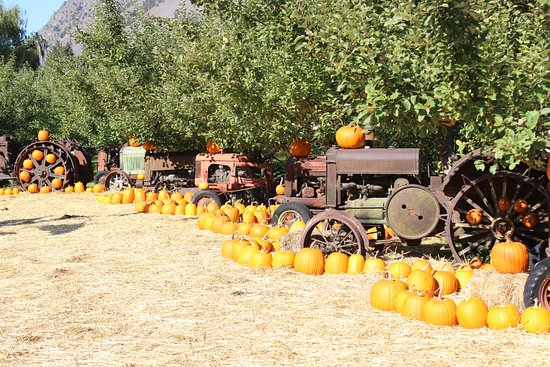