I guess the trinket is, by its nature, prone to spikiness (with no passive DR and a sudden heal). I guess it could redeem itself if that spiky heal reliably saves you from death, but for the most part I don't see any reason to prioritise it as a prot paladin. There are not as many needed macros as there used to be. I have excluded all mouseover, focus target and what other macros as you can just Google them. 13 is the first trinket slot and 14 is the second trinket slot. Adjust accordingly. 'Burst Cast Sequence':Used for Avenging Wrath/Crusade and On Use trinkets.

Avenger’s Might: While Wings/Crusade is active your mastery is increased by 700 (amount varies based on the item level of your Azerite armor).

Light’s Decree: The Holy Power you spend in wings/Crusade deals Holy damage per Holy power spent to all nearby enemies. This trait also increases wings/crusade by 5 sec.

Expurgation: If your Blade of Justice crits, it will burn the target for Holy damage every 2 seconds over 6 seconds.

Empyrean Power: Your attacks have a chance to make your next Divine Storm free and deal additional damage.

Relentless inquisitor: Spend Holy power to grant 16 haste for 12 sec per Holy Power spent, stacking up to 20 times (values vary based on the item level of your Azerite armor). You could also run 3x lights decree on single target, but the RNG needed for this to do the same damage or more I think, on average, is not worth it for stable dps; If there is cleave or AoE on any fight then yes go Lights Decree.

Vision of Perfection: Your spells and abilities have a chance to activate your Wings For 35% of the base duration and when it procs you and 2 other raiders will gain some haste.

The minor pretty much just reduces the cooldown of Wings slightly, really useful with Condensed life force or blood of the enemy.

As of right now this Essence is by far the best because it has been buffed in 8.3, and with us playing 3x Avengers might trait, this combos so well with this essence. Note that if you play with crusade you start at 1 stack, if it procs and if you play with normal wings you will get a 100% crit on your first templar's verdict.

Condensed Life Force: Will Summon a Guardian for 30 sec. That will deal some damage to your main target every 2 sec and every 8 sec will deal some aoe damage as well. Now for the good part, every time the guardian casts a spell you gain 2% Haste stacking up to 5 times. 3 min cooldown.

The minor is pretty much just some single target damage and when it deals damage, all damage you do to that target is increased by 5% for 6 sec.

Blood Of The Enemy

Blood Of The Enemy: Deal AoE damage around you when used and for the next 10 sec gain 25% Crit Strike Chance and stack your minor faster. At rank 3, when used, you also get increased critical hit damage by 25% for 5 sec on targets hit.

Minor: when you crit with your spells you gain a stack of blood soaked, increasing your crit by a small bit stacking up and once you get to 40 stacks you gain around 500 haste for 8 sec. Note that at rank 3 you have a 25% chance to get the haste at 30 stacks instead of 40.

This essence is pretty strong for nuking down aoe adds or single target priority adds. This is also the essence I used on our world first azshara kill, seeing as my job was to aoe the adds. So if there is any fight that requires you to nuke an add down this essence is by far the best you can pick for those kind of fights.

The Crucible Of Flame

The Crucible Of Flame: Cast a flame on the target dealing some damage, you also gain a stack making your next cast of flame do 100% more damage. This will reset after 3 stacks and has 2 charges with a 30 sec cooldown.

Minor: Your spells have a chance to put a debuff on your target making it take some fire damage for 10 sec stacking up to 3 times.

Pretty simple essence overall not much to say, the pure single target damage is pretty decent but for cleave or aoe I'd go for something else. However, if this is all you have on a new character then it's a good pick. Also the minor is very strong.

Worldvein Resonance: Concentrate energy into the Heart of Azeroth, immediately causing 3 Lifeblood Shards to erupt from the nearby ground for 18 sec.

Minor: Every 1-25 sec, a Lifeblood Shard erupts from the nearby ground for 18 sec.

This essence has been Buffed in 8.3 heavily on the major, the minor stays unchanged. On a 1 min cooldown this essence could be very strong but compared to the other majors this one is just pure main stat.

Breath Of The Dying

Breath Of The Dying: Burn your target with a bolt of Azerite, dealing x Fire damage. If the target has less than 20% health or more than 80% health, the cooldown is reduced by 30 sec. If Reaping Flames kills an enemy, its cooldown is lowered to 5 sec and it will deal 100% increased damage on its next use.

Minor: Your spells and abilities have a chance to strike your target for x Fire damage, and heal you for 50% of the damage dealt. If your target is below 20% health, the chance for extra damage is increased by 400%. Corruption Resistance increased by 10.

This is one of the new essences. The Major is alright but the main one here is the minor, the damage it does and the 10 corruption resistance is pretty insane for a minor when you can pick 3 minors in 8.3.

Memory of Lucid Dreams: Increasing your holy generator by 100% for the next 15 sec.

This is a full RNG essence, this is because it has a chance to be good allowing you just to spam templars, or it could just for the 12 sec give you a bit more holy power making the other essence stronger overall. But for that short 12 sec window you can unleash some insane damage if lucky. The minor for this is very strong and could be used in many places, the major just kinda lacks compared to others. Minor is very good in m+ or heavy aoe fights. 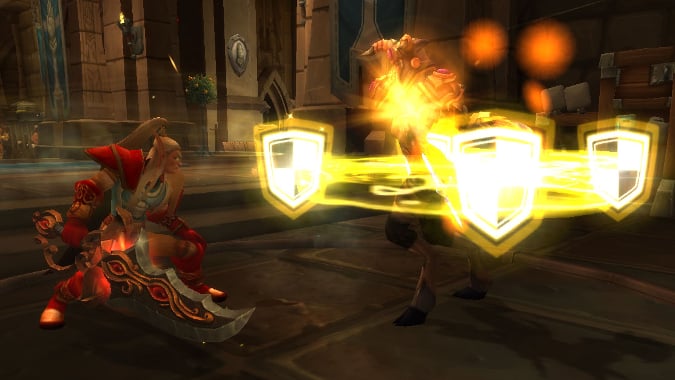 Essence Of The Focusing Iris

Essence Of The Focusing Iris: When channeled deal high fire damage to all enemies in front of you for 3 sec.

Minor: your spells have a chance to grant you haste for 4 sec stacking up to 10 times, if you swap targets you lose the stacks.

Pretty much an aoe essence in my opinion. I can't really see many places this is used other than in m+ or aoe bosses unless some tuning comes in and buffs it for single target because you can't use spells in the channel. The minor is very strong if used a lot.

Right now as of typing this it's very early in the sims, but this is what was found. 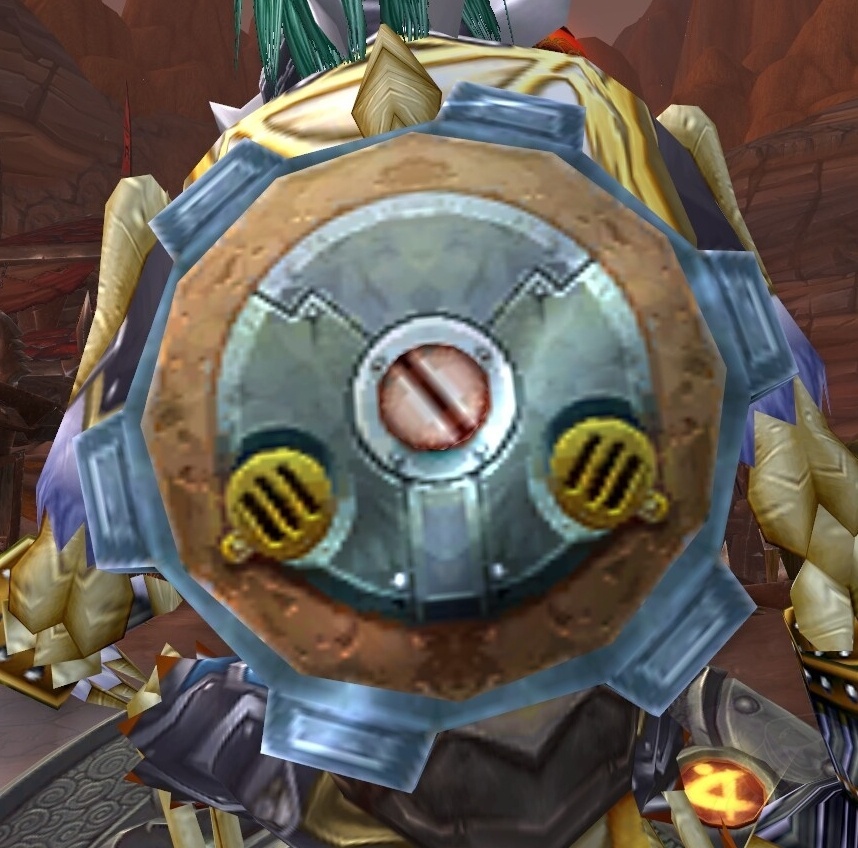 There are a lot of just straight up Corruption procs that just do simple damage like stars or void, which I expect to be nerfed pretty hard.

What I think you should look for are the simple ones as I expect them to stay un-nerfed seeing as they are not too overpowered and are pretty decent. These are the ones that simply just give you x haste or mastery or crit for x sec, like Honed Mind/Surging Vitality and so on.

Infinite Stars: Your spells and abilities have a chance to strike a nearby enemy with an Infinite Star, and this increases their damage taken from your Infinite Stars by 25%, stacking up to 10 times.

Right now this sims insane compared to anything else, it's pretty simple, it procs and does damage and the more procs and stacks you have the more damage. I do expect blizzard to nerf this before Mythic raiding.

Echoing Void: Your damaging abilities build the Echoing Void. Each time it builds, Echoing Void has a chance to collapse, dealing 2.50% of your Health as Shadow damage to all nearby enemies every 1 sec until no stacks remain.

Another just proc one, if stars gets nerfed and this stays similar then this will jump to number 1 unless this also gets nerfed, this one on AoE fights or m+ is just crazy compared to anything else.

Not a bad one at all. I can see a lot of m+ pulls where this one can be used, but for pure single target look at the other 2, unless changed.

These 3 sim pretty much the same, so not much to say here other than I believe these 3 to be the main ones. Seeing as they are not overpowered at all, I don't think blizzard will touch these and will instead nerf the top 3 instead. So, don't be mad if you get any of these, you can just sit on them until Mythic week to see the changes.

All the other effects sim way less than these, so once sims are more stable I will update this.

Find out how to sim

Flask
Flask of the Frost Wyrm

Key Cooldowns
Beacon of Light (Usually keep this on the Main Tank, but it can be used on anyone who will take alot of damage for a while)
Sacred Shield (Usually keep this on the Main Tank, but if they are a Paladin then put it on the Off Tank)
Divine Illumination (Use it often and early to help conserve mana)
Divine Favor (Use it when you need a massive Holy Light)
Divine Plea (Use it when you can spare a few seconds of healing to regenerate mana. Note that it halves your healing while active)
Aura Mastery (Use it when the raid will take significant Shadow/Frost/Fire damage)
Avenging Wrath (Boost your healing amount by 20% for 20 seconds)
Divine Shield (Makes you immune to all damage)
Lay on Hands (Large instant cast heal but with a big cooldown)