Nashville area cruises are the perfect combination of relaxing comfort with adventurous sightseeing. Often beverages are a part of the attraction and viewing the vast green middle Tennessee landscapes will relax the soul. There is something about being on the water that helps slow down a day that is moving too fast.

Long Hunters' Camp
(1765), Goodlettsville
The Skagg brothers, Henry, Charles, and Richard, with Joseph Drake and others, were the first whites to explore this area. They had a campsite at later-named Mansker's Lick. Marker at Moss-Wright Park.

Col. Kasper Mansker's Station
(Frontier Life Center)
(1779 - 1781, 1783 - unknown), Goodlettsville
A reconstruction of a settlers' fort and trading post. Mansker first arrived in this area in 1770 as a Long Hunter. The fort, originally on the west side of the creek, was attacked in June 1780, abandoned later in the winter, and was then burned by the Indians. Mansker returned in 1783 and rebuilt the station on the east side of the creek one mile upriver at its present-day location. John Donelson Sr. and his family briefly relocated here in 1780 after his Clover Bottom Station was threatened by Indian attack. The nearby restored Capt. William Bowen Plantation House (1787) was the first brick structure in Middle Tennessee. Located on Caldwell Lane in Moss-Wright Park. Admission fee.

Fort Nashborough
(1779 - 1794), NashvilleFORT WIKI
A 1962 reproduction of a stockaded settlers' fort with two blockhouses and other cabins. Previous names included Bluff Station and Bluff Fort. It was named Fort Nashville in 1782. Attacked by Indians in April 1781. Located at 170 First Ave. North in Riverfront Park. The replica fort is scheduled for demolition in 2015 to be replaced by an open plaza with interpretive panels. See alsoTennessee Encyclopedia of History and Culture

John Rain's Station
(1780, 1780's - 1790's), Nashville
A settlers' fort. Attacked and abandoned soon after it was built. It was later re-established. Located at Waverly Place.

Amos Eaton's Station (2)
(1780 - unknown), near Bordeaux
A settlers' fort located on the north (east) bank of the Cumberland River on Eatons Creek, comprised of several log cabins arranged in a semicircle, with palisades connecting each house. Also spelled Heaton. Marker located on Lock No. 1 Road at the end of Seminary Ave.. 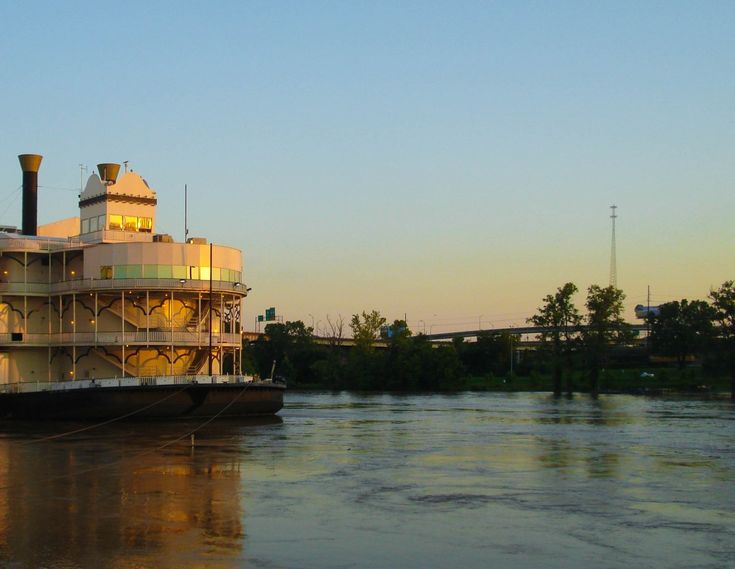 John Donelson's (Sr.) Station
(1780), Donelson
A settlers' cabin complex near the mouth of Stones River in 'Clover Bottom'. It was not stockaded. Also known as Clover Bottom Station. It was soon abandoned for fear of Indian attacks, relocating to Mansker's Station. A party under Capt. John Donelson (Jr.) returned in November 1780 to collect crops and was attacked by Indians. Incident was known as the 'Clover Bottom Defeat'.

Moses Brown's Fort
(1785), Nashville
A settlers' fort located 2.5 miles west of Fort Nashville. It was attacked soon after it was built, killing Brown.

(Edwin ?) Hickman's Station
(1790's), near Nashville
A settlers' fort. Undetermined location. Edwin Hickman was killed by Indians in April 1791 in Centerville at the Duck River, returning from a surveying trip with James Robertson and others.

Civil War Defenses of Nashville
(Battle of Nashville Preservation Society)
(1862 - 1867), NashvilleFORT WIKI
Union works connected by lines of entrenchments included:
Fort Johnson, the name given to the State Capitol when Union troops surrounded it with a 15-gun log stockade, reinforced with cotton bales and earthen berms, and made it their headquarters. Also known as Camp Andy Johnson and Capitol Redoubt. Exhibits are in the Tennessee State Museum. The city fell to the Union in February 1862.
Fort Confiscation (1863), a 14-acre work on the east side of the city along the Franklin Pike.
Fort Negley (1), on St. Cloud Hill, its guns opened the Battle of Nashville in December 1864. Originally named Fort St. Cloud, it was later renamed Fort Harker in 1865. This was the largest inland stone fort built during the Civil War, originally covering four acres. Occupied by Union/Federal troops during Reconstruction until 1867. The fort was reconstructed by the W.P.A. in 1937. After being closed since 1945, it was reopened to the public in December 2004. A new visitors center was built adjacent to the fort in 2007. Located at Chestnut Street and Ridley Blvd.. See alsoTennessee Encyclopedia of History and Culture
Fort Casino (aka Casino Hill Battery), a blockhouse and gun battery located on the west side of South 8th Ave., at the present-day city water reservoir on Casino / Kirkpatrick Hill. Many of the stones from Fort Negley are said to have later been used to build the reservoir in 1887.
Fort St. Clair Morton, located west of Franklin Pike and south of South Street. No remains.
Fort (Dan) McCook (2), originally named Fort Russell Houston until 1864, located at 16th Ave. South and Division Street. No remains.
A redoubt was planned for Hill 210, south of Fort Sill, but was never built.
Fort Sill, originally named Fort Gillem until 1863, located on Jefferson Street between 17th and 18th Aves. North, now site of Fisk University's Jubilee Hall (1876). The Fisk Free Colored School was started in 1866 in the abandoned former military hospital barracks (aka Railroad Hospital) located on 12th Street, becoming Fisk University in 1867. One of the original barracks, relocated in 1873, has been used by the university's performing arts department since 1935, known as the 'Little Theatre', located at 1000 17th Ave. North.
Fort W. D. Whipple, located between Forts Sill and Garesché. Originally named Redoubt Donaldson. No remains.
Fort Garesché (1863), located on a small knoll about 0.75 mile from 'Hyde's Ferry' on the Cumberland River west of the city, and about one mile northwest of Fort Gillem/Sill. Also known as the Fort at Hyde's Ferry. No remains.
The Union lines included 20 numbered minor batteries.
A redoubt and blockhouse was located on the north side of the Cumberland River at the railroad bridge, in what was then called the town of Edgefield.
Confederate works during the December 1864 Battle of Nashville included three lines of entrenchments and batteries south of the city between the Nolensville Pike (TN 11) (Berry Hill area) and the Hillsboro Pike (US 431) (Green Hills area), including Rains Hill Fort covering the Nolensville Pike, Redoubts #1 - #5, and Hillsboro Pike Fort just east of Redoubt #3 (south of present-day US 431 at TN 155 - Woodmont Blvd.). Montgomery Hill (near present-day 21st Ave. South at Cedar Lane) was also fortified. Redoubt #1 has been preserved by the Battle of Nashville Preservation Society, located off of Benham Ave. north of Woodmont Blvd.. A small section of trenchworks of Redoubt #3 still remains on the rear grounds of Calvary United Methodist Church, located on Hood's Hill Drive. A small section of Redoubt #4 also still survives, located on Foster Hill Road within the gated Abbottsford community. Redoubt #2 was located near the intersection of Hillsboro Pike and Woodmont Blvd. (no remains). Redoubt #5 was located near the end of Summit Ridge Drive (no remains). The remnants of Granbury's Lunette, the right anchor of the line, are located at 190 Polk Ave., off of US 70 (Murfreesboro Pike), maintained by the local chapter of the Sons of Confederate Veterans.

Camp Bob Taylor (1)
(1898), Nashville
A Spanish-American War state muster camp initially located at Cherokee Park, southwest of downtown near the State Penitentiary, then relocated a few days later northeast to Centennial Park, the site of the 1897 Tennessee Centennial Exposition. After a heavy rain one month later, some troops moved back to Cherokee Park, which was then named Camp John W. Thomas.

Fort Zollicoffer
(1861 - 1862), Nashville
A Confederate fort located on the Cumberland River on the old Hadley Plantation, six miles (by river) west of downtown Nashville. It was abandoned after the fall of Fort Donelson in February 1862. The site became the Tennessee Agricultural and Industrial Normal School for Negroes in 1912, renamed Tennessee State University in 1979.

Camp Lorenzo Thomas
(1863 - 1864), Nashville
A Union mustering and training camp for negro soldiers of the 13th U.S.C.T., located about four miles west or south of present-day downtown, probably somewhere along one of the railroads leading outward from the city.

Isaac Johnson's Station
(1780's), West Nashville
A settlers' fort located on Richland Creek, attacked in 1789. A double log house and a few log cabins, partially picketed, stood here about 1790. On May 9, 1793, four children on their way to the spring were attacked by Indians, three were scalped and killed, one escaped. The home of Charles Bosley, wealthy pioneer and a member of the Nickajack Expedition, later stood on this site. Marker located on Harding Pike (US 70) at Vine Court, near the Overbrook School.

Kelley's Point Battery
(Brookmeade Park at Kelley's Point Battlefield)
(1864), West Nashville
A Confederate four-gun battery located at Kelley's Point at Bell's Bend on the Cumberland River, about nine miles west of the city, just west of Davidson Branch Creek. The battery held off seven Union Navy gunboats for two weeks prior to the December 1864 Battle of Nashville. Earthworks still remain, site preserved in 2003 as part of the Nashville Metro Parks' Brookmeade Park Greenway, located at 7002 Charlotte Pike (US 70), behind the Lowe's/Wal-Mart shopping center.

Dunham's Fort
(1784 - 1806), Belle Meade Plantation
A settlers' fort also known as Dunham's Station, built by brothers John and Daniel Dunham. Daniel and two sons were killed by Indians on Richland Creek in July 1787. John was killed in 1790. The family continued to live here until 1806. A second log cabin was built in 1798 by Joseph Hopkins, who had married Daniel's widow in 1794, and was joined to the original log cabin with a common roof. It still exists on the grounds of Belle Meade Plantation. In 1806 John Harding bought Dunham's/Hopkins' property and established his plantation. The present plantation house was completed in 1853.

Southerland Mayfield's Station
(1788), near Antioch
A settlers' fort located on Mill Creek. It was attacked and abandoned in March 1789.

Brown's Station (2)
(1788), near Antioch
A settlers' fort located on Mill Creek one mile from Mayfield's Station. It was attacked and abandoned in March 1789.

Mill Creek Blockhouses
(1864 - 1865), near Antioch
Three Union blockhouses were located along Mill Creek at the three major Nashville and Chattanooga Railroad bridges between Nashville and Antioch. Each had a garrison of 30 men. 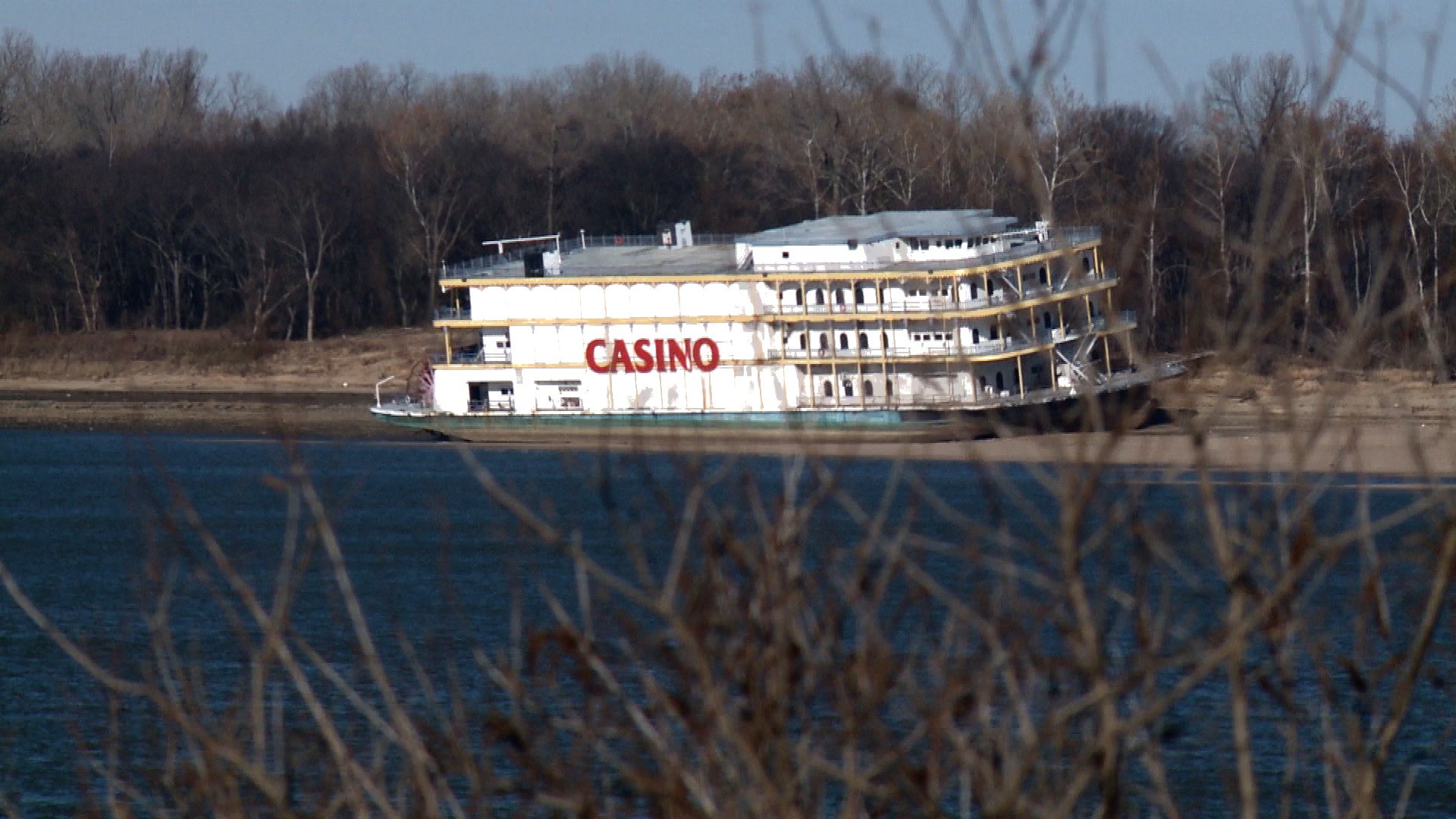 QUESTIONS ? Please send any corrections and/or additions to this list to:
'Updates' at NorthAmericanForts.com